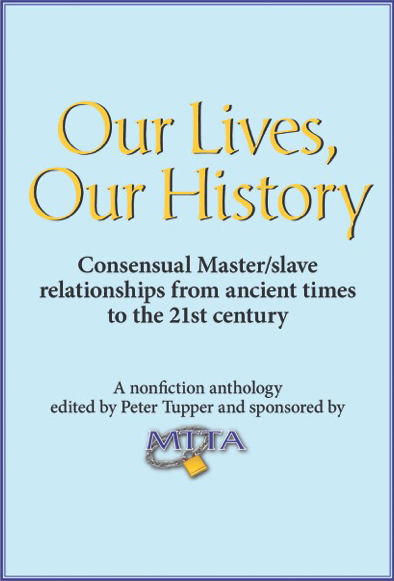 In March 2011, the Board of Directors of MTTA, Inc. approved the start of a new program to be designated “The Master/slave History Program.” This new program will research and document various aspects of the history of the Master/slave community in the Twentieth century to the present time.

The chronology listed here is just a beginning. MTTA will continue to add more historical information as it is gathered. Anyone with information related to this project is encouraged to submit it to: mtta@cox.net.

This program culminated in 2016 when MTTA published “Our Lives, Our History: Consensual Master/slave relationships from ancient times to the 21st century”.